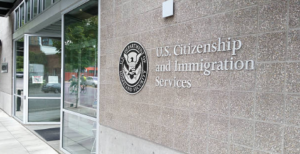 For Driscoll’s CEO Soren Bjorn, an example of just one of the litany of issues plaguing the U.S. immigration system showed up in the form of uncharacteristically heavy rains in mid-September along California’s Central Coast.

The precipitation would delay work at the tail end of strawberry harvest season, before next year’s crops are planted. For Driscoll’s and other farm-related businesses that rely on the H-2A visa program for temporary agricultural workers, a last-minute delay of a few weeks means significant losses.

“The rules are not very flexible, it’s cumbersome, it’s kind of expensive, and it doesn’t reflect the reality of what happens on a farm,” Bjorn said of the H-2A, arguing it needs to be more malleable to meet the needs of both workers and employers.

“So the workforce shows up for harvest, but they have nothing to do. You still have to pay them if you brought them in from outside the country, and that quickly becomes not affordable … The growers we have today that have taken the step to do H-2As are at a significant economic disadvantage.”

Immigration reform proposals have sprouted from the hopeful mouths of presidents and legislators for more than a decade only to wither and die on Capitol Hill. Meanwhile, U.S. corporations have watched troubling indicators for the immigrant workforce continue unabated.

In early September, following a 2019 trend of corporations taking a more public stance on political issues, numerous companies organized by the National Immigration Forum signed on to a “New American Workforce” public letter promoting immigrant integration, including citizenship drives and English courses, policy support, and community services. Additionally, a half dozen—Driscoll’s, Walmart, Chobani, Lyft, Uber, and Ben and Jerry’s—have formed an immigration corporate roundtable advocating for a joint platform. The roundtable is made up of a broad group of large U.S. corporations by design.