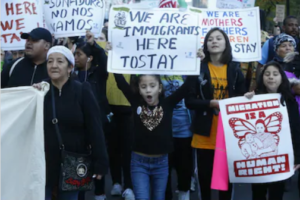 The Migration Policy Institute, which describes itself as a nonpartisan think tank that seeks “to improve immigration” through its research and analysis, recently published a report stating that in FY 2018 the State Department issued 9 million temporary visas to nonimmigrants. Although the 2018 total represents a 7 percent decline from FY 2017, 9 million is still a staggering number, the rough equivalent of New Jersey’s population.

MPI blames the visa issuance’s decline on President Trump’s more restrictive immigration policies and his “harsh rhetoric” that conveys the impression that the U.S. has become a “less welcoming place.” Be that as it may, the huge 9 million number indicates that the U.S. is generous, not restrictive, in its approach to foreign workers and visitors. Moreover, MPI didn’t outline the benefits to American citizens of fewer temporary workers and students on visas.

Employment visas – which give foreign nationals the right to legally work in the U.S. – include the H-1B for skilled employees, the H-2A for seasonal agricultural workers, the H-2B and the H-2Rfor seasonal nonagricultural workers, the O-1 and O-2 for workers with allegedly extraordinary ability or achievements, the P-1 for athletes and artists, the L-1 for intracompany transferrers, the E visa for investors and, finally, the TN visa for Canadian and Mexican professionals, as well as their spouses and minor children. Critics have long insisted that many of the visas are unnecessary, and hurt Americans.

For example, H-2B visas, limited to 66,000 annually, are granted to overseas workers who, among other positions, take landscaping, lifeguard and hospitality jobs – jobs Americans would eagerly do.

Temporary worker visa issuance has been on a dramatically upward trend since 2014. The number increased from 732,000 in FY 2014 to 911,000 in 2017 and to 925,000 in 2018. Basically, the presence of employment-based visa holders means that for Americans job competition is more intense, and citizens who hold jobs may find their employment status at risk from foreign, often cheaper workers.