Home Resources Commentary: I’m a Legal US Immigrant Who Fears Deportation Every Day 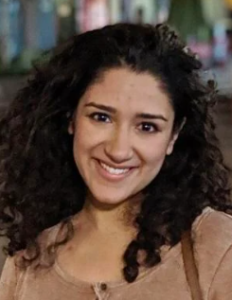 Working hard to fulfill one’s aspirations is my definition of the American Dream. I pursued this by studying hard in college as a computer science major and eventually I was hired as a software engineer at a global technology company. The business invested heavily in me through training and mentorship; it does whatever it can do to retain talent. and I understand why. The worker shortage in my industry is crushing. Many companies in the tech industry offer thousands of dollars for employee referrals, and one job posting can take months to fill.

But all this makes my immigration situation especially frustrating. I’m a documented Dreamer, the child of immigrant parents who moved to the United States on longterm work visas. Roughly 250,000 of us have grown up legally in this country. But at 21, we “age out” of our legal status. We have no way to stay here permanently. Some of us can find short-term fixes, like the three-year work extension I received as an international STEM graduate. When that ends, though, we are forced to self deport.

My dad and I are among a large population of foreign-born STEM workers who are vital industry assets, but are harmed by outdated immigration policies. The systemic shortcomings also reduce America’s competitive advantage. That’s why I’m hopeful to see some efforts to modernize immigration policy.

Recently, the White House announced several initiatives that would allow more international STEM graduates like me, along with other high-skilled immigrants, to temporarily fill job openings at American companies. and in February, the House of Representatives passed the America Competes Act, which would allow many more international STEM PhDs to apply for permanent residency. But none of this amounts to truly meaningful immigration reform. We also need Congress to permanently end “aging-out” by passing America’s Children Act, which would protect individuals, like myself, who were raised and educated in the United States with a documented status, from self-deportation.