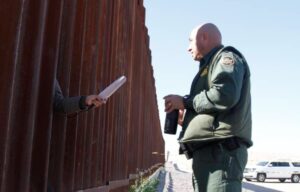 Two months ago, I started a three-article series about the liberals’ ideas on immigration. I first reviewed the Biden plan. Then, I spoke with representatives of several immigrant rights organizations about their own expectations for reform. (Since then, the Biden campaign has received a unified 10-point immigration reform blueprint endorsed by no fewer than 173 immigrant rights organizations.)

It is now time for the last part of the series: an examination of the perspectives of the “radicals” who are not satisfied with amnesty for undocumented immigrants and higher immigration quotas, but rather push for a wholesale reconsideration of borders, citizenship and capitalism.

It is remarkably hard to get most liberal activists to discuss the subject of “open borders,” most likely because they don’t want to play into the hands of Trump/Fox News with that kind of discourse, or because they themselves are uncomfortable with the idea of eliminating borders and “letting everyone in.” No surprise, then, that my first interview on the subject was with an “open-borders” libertarian, whose beliefs have never been shared by most people around him and who is therefore a lot less afraid now of intellectual ostracism.

Unlike many fair-weather, pick-and-choose libertarians, economist Nathan Smith is consistent in his beliefs that the market is the best mechanism for allocating resources in a society and that every individual’s freedom should be maximized, as long as it doesn’t impinge on someone else’s freedom.

Crucially, when he invokes the utilitarian principle “the most good for the greatest number of people,” he does not exclusively define “people” as “American citizens;” he is concerned with the welfare of all people, everywhere.

Smith points out two dilemmas at the heart of the liberal program of immigration reform:

1) The more permissive the immigration policy (fewer deportations, amnesty, etc.), the more incentives for people to cross the border illegally.