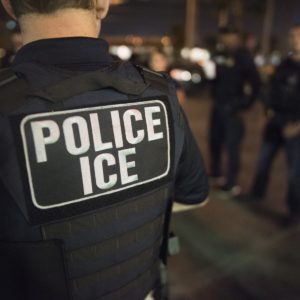 Senior U.S. District Court Judge John Kane ruled that the U.S. Department of Justice must give Colorado its 2018 Edward Byrne Justice Assistance Grant that was withheld.

Senior U.S. District Court Judge John Kane ruled that the U.S. Department of Justice must reach an agreement with Colorado over the state’s Edward Byrne Justice Assistance Grants funding that was withheld for the 2018 fiscal year.

“Congress crafted the Byrne JAG program as a means of supporting local law enforcement,” Kane wrote in his 41-page ruling handed down Thursday. “By imposing conditions on Byrne JAG grants for which it has no statutory authority, DOJ has exceeded the power carefully delegated to it by Congress to administer that program.”

The $2.7 million grant was withheld because of a Trump administration provision that the funds not go to jurisdictions that don’t allow U.S. Immigration and Customs Enforcement to interview people about their immigration status in jails.

In the past, the money had been used in Colorado for a wide array of local law enforcement needs, including everything from new police radios at Fort Lewis College in Durango to therapeutic mentoring of youth at Colorado State University in Fort Collins.

“I am pleased that a federal judge has ruled that the Justice Department violated the law when it withheld federal public safety grants because our state would not comply with unlawful immigration-related conditions,” Weiser said in a written statement. “Withholding congressionally appropriated funds to state and local law enforcement agencies because they do not meet new conditions that are not authorized by Congress is an illegal overreach by the Justice Department. Today’s ruling is a victory for the rule of law, for law enforcement agencies in Colorado, and for public safety.”