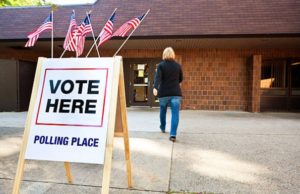 A fundamental right of U.S. citizenship is having your voice heard by voting to elect representatives. However, at least 6 million U.S. citizens cannot vote in the United States because they have been convicted of a felony.

Losing the right to vote is among numerous other consequences of being convicted of a crime. This so-called “civil death” suggests that person is considered dead to society. The larger political consequence is a lack of representation in government of a large group of citizens who are largely poor and people of color.

In response to growing concern that these laws disenfranchise large segments of America’s citizens, several states have recently made substantial, yet controversial, changes to voting rights of ex-felons. This may be a growing movement.

Florida may be next in line for change.

In July, the Florida Supreme Court heard arguments in a case about whether laws excluding felons from the right to vote are constitutional. In November, the state will vote on a ballot measure to restore ex-felon’s voting rights automatically upon completion of their sentence.

These decisions will impact a large segment of Florida’s voting-age population and continue to build a strong precedent for other states.

Florida has historically played an important role in American elections. Yet roughly 10 percent of Floridians can’t vote because they have been convicted of felonies. Research suggests that had these Americans been able to cast their vote for president in the 2000 election, Florida would have been a blue state. Studies show that ex-felons largely vote Democrat, and in this case would have made an impact in a presidential election.