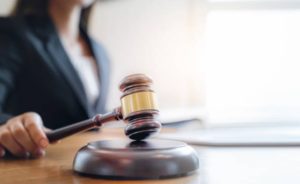 Despite increasing demands for the Department of Justice to temporarily close all the nation’s immigration courts due to the coronavirus pandemic, most courts remain open. Some courts have even reopened after the department confirmed people who were there tested positive for the virus.

On Tuesday, 12 immigration courts were closed. Two of them — the ones in Varick Street, New York, and Elizabeth, New Jersey — were closed because individuals who were there received a positive COVID-19 diagnosis, according to the Executive Office for Immigration Review (EOIR), the Justice Department branch that oversees immigration tribunals. But by Wednesday morning, both facilities were again open for business.

The decision to reopen the Varick Street location is also drawing ire on Facebook. One commenter on the EOIR’s Facebook page wrote, “Instead of taking the necessary preemptive measures suggested by the CDC, the EOIR’s policy is to wait until staff contracts the virus and then close for a day. Shameful.”

“I have never seen such callousness and cluelessness in an agency leadership,” Judge Ashley Tabaddor, president of the National Association of Immigration Judges (NAIC), another union, told CBS News.

Hearings for immigrants who are not detained by ICE have been suspended until April 10. The Justice Department also postponed hearings scheduled through April 22 for asylum-seekers returned to Mexico under the Migrant Protection Protocols program. But hearings for detained immigrants and asylum-seekers are still moving forward and some support staff are being required to go into the office.