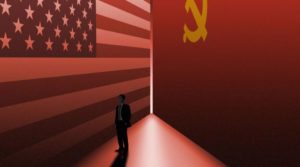 Chinese Communist Party members and their families may face new restrictions on traveling to the U.S. that would be a dramatic expansion of current limits.

Why it matters: U.S. law, on paper at least, has long prohibited CCP members from immigrating, but the proposed policy could gut people-to-people ties between the two countries and mark a near-break in diplomatic relations.

Driving the news: The Trump administration is considering banning CCP members and their families from entering the United States, according to a New York Times report.

But such a broad measure is raft with problems.

What they’re saying: Analysts have widely criticized the proposal as discriminatory, needlessly broad and harmful.