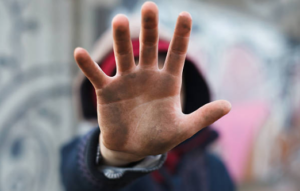 “Unconstitutional.” This is what a federal district court judge said last week of efforts by Attorney General Jeff Sessions to penalize “sanctuary cities” in the United States for failure to fully cooperate with Immigration and Customs Enforcement (ICE). Still, states like Tennessee are rolling out their own laws that require local authorities to cooperate with ICE in detaining and removing undocumented immigrants.

In the ongoing wrangling across different levels of government over control of immigration policy, we typically hear very little about the collateral damage experienced by children. Regardless of how you feel about the unauthorized parents, you should care about the children living with them, 80 percent of whom are American citizens.

Let me make the devastating consequences vivid with the example of an immigrant mother in Tennessee who has been detained in another southern state for months since being turned over to ICE. Left behind are her four citizen children and one older child, a recipient of Deferred Action for Childhood Arrivals (DACA). They have not seen their mother since she was moved nearly a 1,000 miles away.

If you knew him, you would be proud of her oldest son. He came to the United States with his parents at about age two from Central America. He graduated as the valedictorian of his high school class in Tennessee and dreams of becoming a doctor. But it has not been easy. He received a scholarship to college in recognition of his academic excellence, but soon learned that DACA students must pay out of state tuition in Tennessee. He thought he could reduce his course load to afford the tuition but was forced to forfeit his scholarship as a result. Still, he is working hard to balance two jobs with his studies and stay on track toward his goals.

Moreover, he has new responsibilities trying to help his family navigate the legal and financial morass of the pending deportation of his mother. His teenage brother and father alternate working to continue supporting the family and caring for the younger children. One elementary age sibling has a disability that usually requires full time care from the mother. Another sibling is preschool age.

BY CAROLYN HEINRICH for THE HILL
Read Full Article HERE