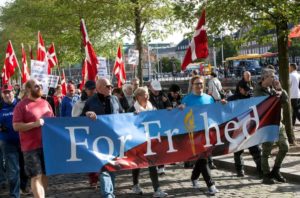 A handful of left-wing leaders are concluding you have to pick one. Jacinda Ardern, the internationally beloved 39-year-old prime minister of New Zealand, has substantially expanded her country’s welfare state, increasing paid parental leave from about four months to six months, and introducing a child allowance of about $2,000 for babies in the first year of their life. When Social Democrat Mette Frederiksen became prime minister of Denmark last year, she promised higher spending on health, education, day care, and other social priorities.

But Ardern has formed a coalition with the hardcore anti-immigration New Zealand First Party, and Frederiksen is among the most anti-immigrant leaders in the Western world, who supports forcing “non-Western” migrants to take lessons in “Danish values” and confiscating jewelry, money, and other valuables from refugees.

A commitment to bolstering the welfare state fused with immigration restrictionism — is this the future of the left in the West? A new paper by Harvard economists suggests there are deep reasons rooted in public opinion why this could be the case.

The study, by Harvard economics professors Alberto Alesina and Stefanie Stantcheva, is part of a broader project in which they use large-scale online surveys to measure how voters’ support for redistributive policies are shaped by perceptions around immigration, social mobility, and other factors. They find that misperceptions about immigration are widespread, and mostly serve to reduce support for redistributive programs.

How misperceptions about immigration can undermine support for the welfare state

Alesina and Stantcheva are interested in how people’s perceptions of immigration — how common it is, who’s immigrating, whether they use welfare or not — shape their views about welfare and redistribution more generally.

They begin by laying out a model for how voters decide how much taxing-and-redistributing they want to do.