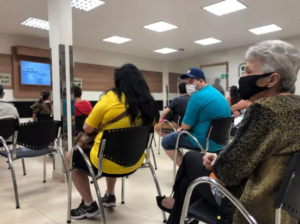 California announces it will become the first US state to cover healthcare for all undocumented immigrants.

Finally, some good news for the country.

Earlier this week, Governor Gavin Newsom signed the hefty budget that will allow healthcare to all residents regardless of their immigration status through the Medicaid program.

Executive director of Health Access California, a consumer health care advocacy organization, Anthony Wright said: “This will represent the biggest expansion of coverage in the nation since the start of the Affordable Care Act in 2014.

“In California, we recognize (that) everybody benefits when everyone is covered.”

Currently, California, Illinois, New York, Oregon and Washington cover healthcare for children from low-income families regardless of their immigration status, as per AP News.

However, Beatriz Hernandez, who came to the US in 2007 and is a California Immigrant Policy Centre, told ABC News that her mother would benefit significantly from the expansion.

Hernandez disclosed to the outlet that her elderly mum had never received health care since relocating to the US.

She said: “It’s great that California is taking that step to set that example for other states.”

Since 2020, the state has funded Hernandez’s health insurance as California began covering low-income immigrants aged 26 and under.

However, with her 27th birthday looming, she dreads her healthcare being taken away once again.

She said: “I do believe that we can do better by making sure that people like myself and hundreds of others, thousands of others, do not fall out of their health care simply because they turn 26.”

While Hernandez is among the many that have welcomed the state’s move, some conservatives have criticized the program.

President of the Howard Jarvis Taxpayers Association John Coupal said that guaranteeing free health care would make America ‘a magnet’ for those entering illegally, according to AP News.