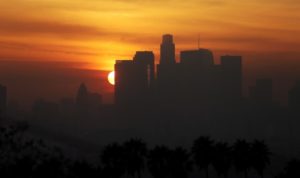 The Golden State remains stuck in the slow lane when it comes to population.

The number of Californians increased to 39.96 million, with new data from the Department of Finance showing mostly downward trends.

They are rooted in fewer births, coupled with increased deaths among an aging population. The Golden State, however, has also seen changes in international migration, along with more and more residents leaving the state.

According to the agency, natural increase (with 452,200 births and 271,400 deaths) accounted for an additional 180,800 people to the state. Still, these gains were offset by losses in net migration — that is, the total amount of people moving into the state minus the total amount of people moving out. Notably, said Eddie Hunsinger, a demographer with the Department of Finance, even though the net international migration added to the state’s population, there was substantial negative domestic net migration, which resulted in a loss of 39,500 residents. This, said the department, marks “the first time since the 2010 Census that California has had more people leaving the state than moving in from abroad or other states.”

William Frey, a senior fellow at the Brookings Institution, said Friday’s findings follow a trend that demographers have seen over several years. While California has always seen domestic outmigration — people moving to other states — the rate has grown over the last decade.

“For some years after the Great Recession housing crunch, California was losing domestic migrants — but not as much as it could have. Now that’s starting to push up again,” Frey said.

The most common destinations for those leaving the state were Arizona, Colorado, Nevada, Oregon, Texas and Washington, he said, as the economy has picked up throughout the west and other parts of the country. Aside from a lower cost of living, some Californians are drawn to areas with no state income tax.