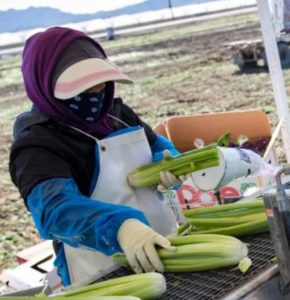 Thousands of undocumented immigrants ineligible for federal stimulus money and unemployment benefits will now be able to sign up to receive aid for the first time, thanks to a first-of-its-kind $125 million relief fund that kicked off in California on Monday.

Despite the fact that, in many cases, unauthorized immigrants pay taxes on their wages through the use of individual taxpayer identification numbers (ITINs), the undocumented community has been shut out of the landmark federal relief initiatives designed to help the millions Americans struggling as coronavirus remakes the economy.

The California relief initiative, first announced by California Gov. Gavin Newsom in April, marks a collaboration between the state and nonprofit groups hoping to relieve some of the burden faced by the immigrant community, particularly as it has faced higher rates of infection and disproportionate financial impacts. And even amid a global pandemic, undocumented populations have also had to deal with ramped up operations by Immigrations and Customs Enforcement in recent weeks, including surveillance operations and widespread arrests.

“Every Californian, including our undocumented neighbors and friends, should know that California is here to support them during this crisis,” Newsom said in a statement announcing the relief fund in April. “We are all in this together.”

The aid fund will work to distribute one-time payments of $500 to each eligible adult, with a cap of $1,000 per household. According to the state’s website, the fund is expected to benefit some 150,000 undocumented immigrants. California has the largest undocumented population of any state at over 2 million — a cohort that makes up about 10 percent of its workforce (there are an estimated 10.6 million undocumented immigrants in the U.S.).

Of the money pledged to help undocumented Californians, $75,000 is expected to come from the state and an additional $50,000 has been pledged by private philanthropic groups, including Emerson Collective, Blue Shield of California Foundation, the James Irvine Foundation and the Chan Zuckerberg Initiative.