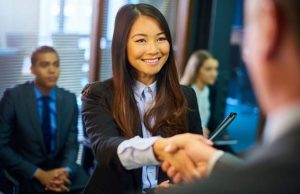 If immigration authorities decide to raid Pancake Circus, the popular diner on Broadway in Sacramento, they will likely find the proprietor willing to grant their demands for access and information.

“I would cooperate,” said owner Naren Muni, standing at the register on a busy Monday between breakfast and lunch as two cooks worked in an open kitchen and waitresses bustled between the brown vinyl booths. “I don’t break the law.”

But by cooperating, Muni would be breaking the law – a new one enacted by the state to protect immigrants as it seeks to bolster its stance as a sanctuary for undocumented residents.

Like many business owners, Muni has heard of the new Immigrant Worker Protection Act (AB 450), which went into effect Jan. 1 and changes how he’s supposed to handle an enforcement visit by federal agents. But he’s not clear on the details or the additional responsibilities he now has to protect the privacy of his workers – requirements that could cost him thousands of dollars in penalties for violations.

Across town at Son of a Bean coffee shop on Del Paso Boulevard, owner Mike Chaves is similarly uninformed.

“I guess I should be more aware of it,” Chaves said after hearing about the law. “I didn’t know that.”

The new law requires employers to demand that immigration agents present a warrant or subpoena before entering parts of a workplace not open to the public or accessing some employee records. It also mandates employers provide notice to workers if there is a federal request to examine I-9 forms, which employees fill out to verify their eligibility to work in the United States, and inform workers promptly if the review of those documents turns up any problems.

“People are just starting to get wind of this new law,” said Erika Frank, general counsel for statewide business advocates CalChamber. “I don’t think they are very aware at all.”