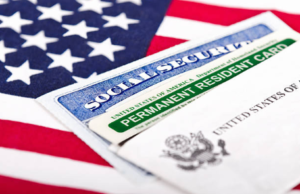 Two of the most populous counties in California sued the Trump administration on Tuesday over its newly unveiled sweeping regulation that would make it easier for the government to deny green cards and temporary visas for legal immigrants who use public benefits like food stamps and government-subsidized housing.

The lawsuit, filed by Santa Clara and San Francisco Counties in U.S. District Court, is the first of numerous court challenges advocacy groups and Democratic-led jurisdictions have vowed to mount against the so-called “public charge” regulation, which they believe will penalize low-income immigrants and their U.S. citizen children. The final version of the regulation — a key item on the administration’s hard-line immigration agenda — was revealed on Monday and is slated to go into effect in mid October.

In the suit, the affluent and diverse counties contend that the rule conflicts with the statutory definition of the “public charge” term — first codified in U.S. immigration law in the 1880s — by expanding the type and amount of benefits used by immigrants that will count against them as they seek to stay or move to the U.S.

The plaintiffs also believe the proposal violates the Administrative Procedure Act because they believe the government has not sufficiently justified the seismic change to the legal immigration system.

Immigration authorities currently ask green card applicants to prove they won’t be a burden on the country, but the new regulation would require caseworkers to consider the use of government housing, food and medical assistance such as the widely used Section 8 housing vouchers and the Supplemental Nutrition Assistance Program (SNAP).

The rule would subject immigrant households who fall below certain income thresholds to the “public charge” test — which would also consider how well applicants speak, read and write English. Under the proposed rule, any diagnosed medical condition that requires extensive medical treatment would also “weigh heavily” in evaluations by caseworkers.