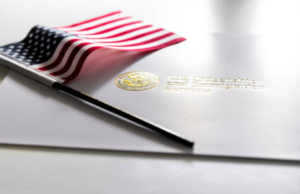 California Attorney General Xavier Becerra (D) on Monday vowed to fight the Trump administration’s new “public charge” rule linking an immigrant’s ability to secure residency or a path to citizenship with their use of certain public programs.

“This vile rule is the Trump Administration’s latest attack on families and lower income communities of color,” Becerra said in a statement.

“It will harm our communities, schools, and workplaces by weaponizing essential healthcare, housing, and nutrition programs. We will not stand idly by while this Administration targets programs that children and families across our state rely upon. We are ready to take legal action to protect the rights of all Californians.”

A public charge has historically referred to someone who is “primarily dependent on the government for subsistence” based on their receipt of “public cash assistance.”

The new rule, set to go into effect in 62 days, would expand that designation to include reliance on government aid including food stamps, housing assistance and Medicaid as a negative factor when evaluating applications for green cards or visas.

The change has been criticized by Democrats and advocates who say it could discourage immigrants from seeking necessary assistance.

It is not immediately clear what legal action Becerra will pursue. He has sued the Trump administration several times to try to block executive actions or policy changes.