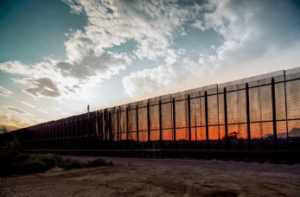 If you like cream in your coffee (if not, the analogy works with any other drink), keep pouring after you have reached what you would normally drink.

If you pour the cream long enough it will replace the coffee. That is what is happening at what used to be our southern border before the Biden administration virtually eliminated any barriers to keep migrants and fentanyl from pouring in. It is so bad in El Paso, Texas, that migrants are sleeping on the streets with no place to go and presumably little access to life’s necessities. Schools and hospitals where the migrants go are overcrowded. Children from as many as 150 nations (according to U.S. Border Patrol), who are not proficient in English, face learning challenges in a system where American children are already underperforming in subjects such as reading and math.

Local news in El Paso has discovered migrants emerging from manholes, as many as 30 at a time.

They’re coming by the thousands per day and soon by the tens of thousands depending on what the Biden administration does this week when Title 42, a Trump pandemic policy that allows border officials to turn back migrants due to a public health emergency, expires. Even with Title 42 in place, the flow of migrants into the country has continued. Much of the national media have ignored, or played down, the invasion (let’s call it what it is), but a visit to Fox News dramatically shows the problem. The pictures are undeniable, though the White House lies and denies a problem exists.

If the administration continues to do little or nothing while claiming the border is “secure,” what will America become in five years, 10 years, or in the next century? What are the motives behind the people who favor an open border? Do they hate the country?