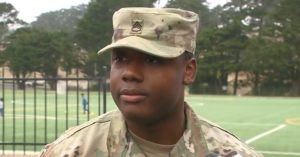 SAN FRANCISCO (CBS SF) — The State Bar of California issued a fraud alert Wednesday for immigrants who may be seeking legal aid to avoid family deportations.

Melanie Lawrence, the agency’s interim chief trial counsel, said, “Everyone in California deserves access to legal services, no matter their immigration status.” Lawrence said recent federal warnings about mass deportations have escalated fear and alarm in immigrant communities and increased the potential for unscrupulous people to take advantage of those in need.

The San Francisco-based bar, which licenses and regulates the state’s 190,000 lawyers, outlined a series of steps to avoid fraud from both lawyers and non-lawyers offering aid.

Before anyone hires a lawyer, the bar recommends obtaining the full name and license number of the attorney and looking up that person on the bar’s website to make sure the person has an active law license and does not have a record of misconduct.

The bar suggests having a written contract with a lawyer and keeping written receipts for any payments made. It cautions, “Be wary of those who threaten to report your immigration status if you do not pay them immediately.”

They are not allowed to give legal advice, select what forms you need, or represent anyone in immigration court.