Home Economics Business Immigration: What 2021 Will Bring For Foreign Entrepreneurs In The U.S. 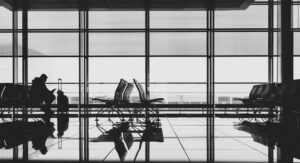 The new administration could reverse some of Trump’s immigration regulations and executive orders, but it might take time to undo the damage, experts warn. What should foreign entrepreneurs in the U.S. expect?

In 2021, President-elect Joe Biden will have to deal with many restrictive immigration policies put in place by the Trump administration. Attorneys expect that, at least, a few of these regulations could be overturned. The presidential proclamations that used the pandemic as an excuse to ban visa issuance for H-1B program have already been set aside.

Last week, the federal judge in San Francisco said the Covid-19 pandemic cannot justify visa restrictions for the H-1B program, which benefits U.S. tech companies. According to judge Jeffrey White, “a large number of job vacancies remain in the areas most affected by Rules: computer operations which require high-skilled workers.”

Constraints on H-1B visas were introduced in the midst of the coronavirus pandemic. Two rules announced in October required companies to pay higher wages to foreign employees and introduced limits on specialty occupations.

Will U.S. be a nation of immigrants again?

Over the last several years, the combined disruption of Trump’s executive orders and Covid-19, which shut down U.S. consulates globally, managed to curtail business-related immigration without changing immigration law itself, said Jordana Hart, attorney from Gonzalez & Hart, an immigration law practice in Miami. “It will take time to undo so much of the damage, which has also affected the U.S.’s reputation for openness and welcome.”

According to attorneys, the change of political tone has already made a difference at the local branches of U.S. Citizenship and Immigration Services (USCIS) and in immigration court. “I had a USCIS in Utah calling my client to come back for her swear-in a day after the exam took place so the client could become a U.S. citizen immediately, as she needed to leave the country,” said Margo Chernysheva of MC Law Group in Las Vegas. “This would not have happened a year or two ago.”

By Victoria Zavyalova for THE VERTICAL
Read Full Article HERE