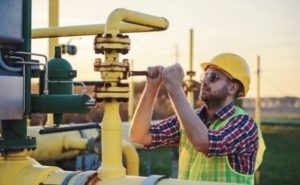 HOBBS, N.M. (Reuters) – New Mexico oil man Johnny Vega laid out his predicament as his crew hoisted pipes from a well during the biggest oil boom in U.S. history.

There is no shortage of Hispanic and Latino immigrant workers without work permits he could hire in Lea County, New Mexico – the No.2 oil-producing county in the United States.

But Vega says he wants to play by the rules, not least because of a heightened risk of company audits by U.S. Immigration and Customs Enforcement (ICE) under President Donald Trump. As a result, he has equipment that could be generating $700,000 a month standing idle in his yard.

“They’re demanding more rigs, more swabbing units, but you don’t have enough employees,” said Vega, who runs Mico Services with around $17 million in annual revenues. “It’s a lack of a system to get legal workers, to have more of a workforce to pull from.”

Employers like Vega in the Permian Basin oilfields of New Mexico and Texas say they feel caught between Trump’s support for their industry and his policies focused on tougher immigration enforcement.

It’s a dilemma faced in other sectors of the U.S. economy that depend on foreign workers after ICE reported surges of between 300% to 750% in worksite investigations, audits and arrests in fiscal year 2018.

Visas for temporary jobs in sectors like agriculture and hospitality have increased during the Trump administration. Oil companies complain of difficulties gaining work permits for immigrant oil workers, who do not qualify for these temporary visas.

The Permian Basin, by far the most productive oil field in the United States, has helped make the country a net exporter of oil. Its output growth has recently slowed, but production is still at all time highs.

The number of rigs drilling for oil in New Mexico hit a record 115 in early October and labor shortages are felt most keenly in service companies like Vega’s that help keep the oil flowing.