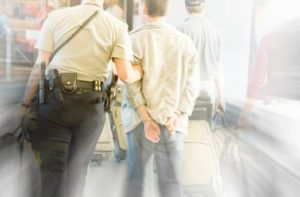 The changes come amid revelations that Boston police have been closely coordinating with U.S. Immigration and Customs Enforcement for years despite the 5-year-old Trust Act.

“While the updated legislation limits collaboration between Boston police and federal immigration enforcement, it does not end it, and leaves room for Boston police officers to help ICE continue to tear apart families,” said Carol Rose, executive director of the ACLU’s Massachusetts chapter.

Walsh and Zakim moved to update the ordinance earlier this year following revelations that Boston police worked with ICE to apprehend a construction worker living in the country illegally after he’d sought compensation from his employer following a workplace injury.

Documents obtained by the ACLU also show that a Boston police officer worked for years as the department’s designated liaison to ICE. He’s since been removed from that role.

The amendments approved Wednesday specifically prohibit officers from sharing information with the division of ICE focused on civil enforcement matters.

But it makes clear the department can continue to work with the agency’s Homeland Security Investigations division on significant public safety issues, such as combating human trafficking, child exploitation, drug and weapons trafficking, and cybercrime.

It also requires the department to train officers on the new requirements and issue an annual report on the number of civil immigration detainer requests the city receives from ICE, how many people were transferred into ICE custody and why.