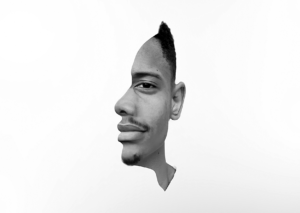 Black is black. That is the harsh reality black immigrants coming to the U.S. must learn in order to survive in America. Before they speak or can formally introduce their heritage they are seen as black.

Once here, they join the ranks of African-Americans, systematically dehumanized because of their black skin. Once here, many risk their immigration status to join a movement that strangely has to remind Americans that black lives matter.

While the current Administration is wasting resources trying to find new ways to limit all immigration to the U.S. and leaving the formerly self-funding USCIS defunct for mismanagement of funds black immigrants work to save American lives. They are much needed during the current COVID-19 pandemic as one third of black immigrants are concentrated in the health care industry. Many of them risk their lives and well-being to care for our nation’s sick population.

Yet, there is some hope. The Supreme Court’s recent decision upholding DACA gives hope to 11,000 black DACA recipients. They have been given hope to dream of an America where they too can find life, liberty and the pursuit of happiness.

In sum, the battle for social justice and lasting immigration reform is far from over. Let us not forget that black immigrants represent over 2.3 million votes across our nation. Make your voice heard with theirs in November. Vote.