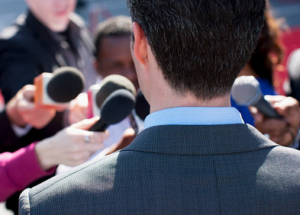 Billionaires are breaking from their respective political parties over immigration.

“I have known Sen. de León for years and have fought alongside him on immigrant rights, expanding health care and climate change,” Steyer said in a statement. “Our work together on behalf of all Californians has assured me that he would be a champion of California’s priorities and values. Kevin de León has proven himself to be the best of the next generation, and I am proud to support him for U.S. Senate.”

Galvanizing support from the progressive wing of the party, de León has challenged Feinstein over appearing to tolerate President Donald Trump’s hard-handed immigration policies—which have included promises to rescind the Deferred Action for Childhood Arrivals (DACA) initiative and build a wall alongside the U.S.-Mexico border.

Steyer isn’t the only billionaire operative bankrolling a push for immigration reform: Charles and David Koch’s political network is calling on congressional leaders to negotiate a solution for the roughly 800,000 undocumented immigrants protected under DACA.

“There’s a bipartisan path forward on immigration that offers a permanent solution for our DREAMers and a stronger border. What are we waiting for? Certainty for DREAMers and security for everyone,” one ad set to debut on Sunday’s Meet the Press reads, according to a draft shared with POLITICO.