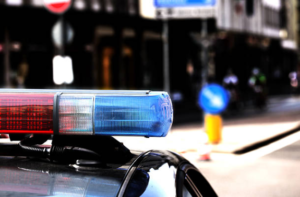 Early on the morning of April 5, United States law enforcement officials raided a meat processing factory in the state of Tennessee.

Agents of the U.S. Immigration and Customs Enforcement (ICE) led the raid on the Southeastern Provisions meatpacking plant in the town of Bean Station. The Federal Bureau of Investigation and local police assisted in the operation.

Officials believed that illegal immigrants were working at the plant. ICE agents removed about 100 people. They were suspected of being foreign citizens without documentation to work in the U.S. The group was taken to a local National Guard armory for questioning.

The raid was the largest workplace action yet since Donald Trump became U.S. president. When he was a presidential candidate, Trump promised to reduce illegal immigration.

Thomas Homan is the director of ICE. Last October, he announced a campaign against employers who offer employment to illegal immigrants. He said the goal was to stop what he called the “magnet” attracting illegal immigrants to the U.S.

News of the raid spread throughout the area, including the nearby town of Morristown, Tennessee. Many of the factory’s workers live in Morristown.

John Gullion heads the local newspaper, the Citizen Tribune. He said the raid caused some people to share unconfirmed stories. “The worst part was the rumors,” Gullion said. He added that some people said every factory in town was raided. In fact, the only raid that took place was at the meatpacking plant in Bean Station, which is in another county.

About 29,000 people live in Morristown, which is a short drive from the Great Smoky Mountains. Over the past 20 years, new industries have brought jobs and growth to the area. In April, a Belgian bus manufacturer announced plans to open a factory there.

New workers also are arriving. Between 2000 and 2010, the Hispanic population grew to 21 percent. They have taken jobs in meatpacking, with automobile parts manufacturers and furniture companies.