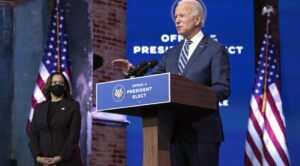 WASHINGTON — The incoming Biden administration has promised to unroll President Donald Trump’s legacy on immigration, but it faces an uphill battle to make good on that promise. Three people involved in crafting Biden’s immigration platform said that the changes will be hard-fought and that they may not happen all at once.

As NBC News has reported, lawyers tasked with finding migrant parents separated from their children by the Trump administration have yet to find parents for 666 of the children.

The difficulty, according to the lawyers, lies in finding parents who have been deported and for whom the government has not provided phone numbers. And many parents who have been contacted have elected to leave their children in the U.S., deciding that their futures will be better and safer despite the pain of separation, lawyers say. Advocates have called for U.S. officials to bring parents back to the U.S. to reunite with their children and give the parents a chance to claim asylum.

During the debates and in his platform, Biden made reunification a priority. But he has so far not said publicly whether separated parents will be given the opportunity to come to the U.S. He has committed to forming a task force to reunify children, including by working through Central American countries and getting the word out through public service announcements.

It is estimated that 20,000 migrants are waiting in northern Mexico in cities like Matamoros while seeking asylum in the U.S.

But the exact number is not known for certain, in large part because the Department of Homeland Security has not yet shared such data with the Biden transition team, two Biden sources said.