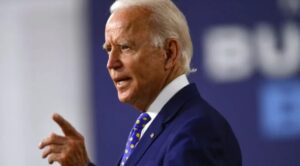 The Biden “plan for securing our values as a nation of immigrants” raises serious concerns. He intends to work with Congress to reform our immigration laws, but his reform plans are limited to benefit provisions. He intends to deal with the harsh statutory enforcement provisions and inadequate relief provisions in the Immigration and Nationality Act (INA) the way former president Barack Obama did: Ignore them and decide for himself which deportable aliens should be deported.

Frankly, I share Biden’s concern about the enforcement measures in the INA.

In fact, 20 years ago I was detailed to the House Judiciary Committee from the Justice Department to address the enforcement provisions in the INA. The Democrats on the committee needed an immigration law expert to write a bill that would restore fairness to those provisions.

The Illegal Immigration Reform and Immigrant Responsibility Act of 1996 (IIRIRA) had made the INAs enforcement provisions much harsher and had made discretionary relief from deportation much harder to get.

After spending many hours listening to the concerns of immigration advocacy groups, I wrote the Restoration of Fairness in Immigration Act of 2002, which was introduced by Representative John Conyers with 41 cosponsors.

It wasn’t passed, and the enforcement problems I spent so much time working on still exist, but I think the statutory provisions Congress put in the INA should be followed until Congress changes them. Here’s why:

The framers of the Constitution believed that the way to safeguard against tyranny was to separate the powers of government into three separate branches so that each would check the other two.