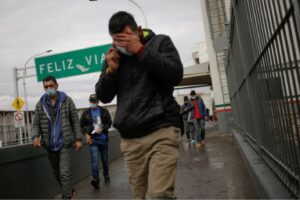 One year later, those goals remain unfulfilled after Biden officials spent much of his first year in office grappling with record-breaking border arrests, unfavorable court decisions on immigration, Republican opposition in Congress and internal divisions between liberals and moderates within his own administration.

Now, the two White House officials who touted the plans, Tyler Moran and Esther Olavarria, are preparing to leave the administration, a White House spokesperson confirmed to Reuters. Both previously worked for immigration advocacy groups and underscored Biden’s move away from Trump policies.

Their departures are part of a greater exodus of senior Biden immigration staffers that suggests planned reforms could be put on hold or abandoned altogether as power tips to more security-minded White House officials. In the remaining camp is Susan Rice, director of the White House Domestic Policy Council, who has tended to push for tougher enforcement at the border.

A White House spokesperson contested reports of internal divisions, saying that “everyone in this administration from the president on down is committed to building a fair, humane and lawful immigration system and bringing it into the 21st century.”

Another chaotic year at the border could provide ammunition to Republicans, who are expected to focus on immigration, an issue that strongly animates their supporters according to Reuters/Ipsos polling, in the run-up to November congressional elections. read more