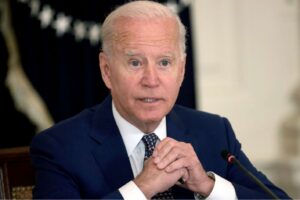 Biden is on track to change more immigration rules than Trump did.

President Joe Biden has faced persistent challenges as his administration worked to reform U.S. immigration policy during his first year in office.

Despite setbacks, Biden in sheer numbers has made more changes than Trump to federal immigrationpolicy with many reversals to the way the U.S. enforces immigration law.

Biden issued 296 executive actions during his first year compared to 86 in Trump’s first year and 472 over his four-year term, according to analysts from the non-partisan Migration Policy Institute.

Perhaps the most sweeping impact of the Biden presidency in immigration policy can be seen in the new approaches to interior immigration enforcement or the way Immigration and Customs Enforcement makes arrests.

“This is a huge change in the way we approach enforcement writ large,” MPI Senior Fellow Muzaffar Chishti said during a policy conference this week.

While the prior administration openly justified an enforcement crackdown as a necessary means of deterrence, Biden’s security officials have ended long-term family detention and discontinued workplace raids.

Advocates decry the continued use of private ICE facilities and many have called for the end of civil immigration detention altogether.

“In the United States everyone deserves to be treated with dignity and respect,” Detention Watch Network Executive Director Silky Shah said Friday. “ICE enforcement and detention is inhumane, morally and financially costly, and completely unnecessary.”

Nonetheless, ICE arrests have been cut in half compared to the final year of the Trump presidency and the detained immigrant population is the lowest since 1999, according to MPI.