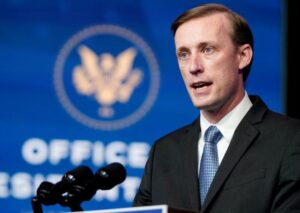 (Reuters) – A top official in U.S. President-elect Joe Biden’s transition held talks on border issues with Mexico’s foreign minister on Wednesday, as the two sides prepared for a joint push on dealing with migration issues in the early days of the new administration.

A transition aide said Jake Sullivan, Biden’s pick for national security adviser, spoke on Wednesday with Mexican Foreign Minister Marcelo Ebrard. On Dec. 19, Biden’s team said that he and Mexico’s President Andres Manuel Lopez Obrador vowed in a phone call to hone a “new approach” to migration issues that “offers alternatives to undertaking the dangerous journey to the United States.”

Biden, who takes office on Jan. 20, will inherit a crisis on the southern border as migrants, including unaccompanied children from Central America, seek refuge in the United States. The Democrat promised voters a more humane and multilateral approach to immigration policy than that of Republican President Donald Trump.

The latest call was designed to start efforts to build a joint migration policy soon after inauguration day, according to two Biden aides.

They said the meeting was modeled after earlier talks with Mexico conducted after past U.S. elections by presidents-elect in both parties and their teams. This time, the meeting was not conducted in person due to the novel coronavirus pandemic.