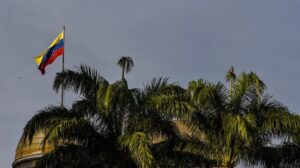 President Biden is in no rush to lift former President Trump’s maximum pressure campaign on Venezuela.

The president’s decision to extend protective status for Venezuelans in the U.S. followed through on a key campaign promise – an issue Trump only addressed on his final day in office and failed to fully deliver.

But senior Biden officials are signaling they are not looking to immediately lift an array of severe sanctions imposed by the former Trump administration and aimed at punishing the regime of Venezuelan President Nicolás Maduro.

“No new administration comes to office shouting the battle cry, ‘we should continue all the policies of our predecessor.’ The Biden administration is no exception to that rule,” said Bill Brownfield, who served as ambassador to Venezuela during the Bush administration.

“Having said that, they’ve also been fairly clear, that they have not rushed into making major decisions.”

How Biden approaches Venezuela is also likely to set up Democrats’ strategy to reach Latino voters ahead of the 2022 elections, with experts saying Venezuelan-Americans in Florida are a key voice in a strategic swing state won by Trump in two presidential elections in a row.

“In a state like Florida, I think that there is a concentration of Venezuelan voters that can be pretty impactful,” said Nathalie Rayes, president and CEO of the Latino Victory Fund, a group that endorses and promotes progressive Hispanic candidates.

She called the extension of Temporary Protective Status (TPS) a big victory. The move granted an estimated 320,000 Venezuelans already in the U.S. the ability to stay for up to 18 months.

“This shows that when politicians say something, they do need to deliver, Latinos do pay attention to that.”