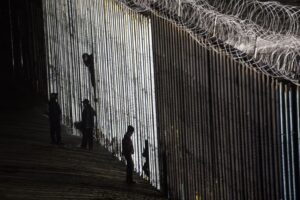 President-elect Joe Biden will take office under pressure to repudiate and rescind many, if not most, of the more than 400 executive actions President Trump has used to tighten the U.S. immigration system. But Biden also will start his term in a bind that could make such changes difficult to accomplish in short order.

Biden’s administration will inherit an enforcement system cracking under the strains of the coronavirus pandemic, a crippling immigration court backlog and a demoralized workforce at the Department of Homeland Security, where leadership instability and administrative chaos have been signatures of Trump’s tenure.

At the U.S.-Mexico border, tens of thousands of migrants with pending asylum claims are waiting to enter the United States, some in squalid tent cities that resemble refugee camps. U.S. border agents have been making arrests at a soaring rate — more than 2,000 per day in recent weeks — as the economic fallout from the pandemic and devastating hurricanes in Central America threaten to trigger a new wave of illegal migration to the United States.

The emergency policies Trump has used at the border to contain migration pressures are among the measures Biden has pledged to rescind, leaving Homeland Security officials and analysts warning of the potential for a new crisis.

Navigating between activists’ demands for a total rejection of Trump’s policies and the complex reality at the border — where communities on the U.S. side are among the hardest-hit by the pandemic — will be a challenge for Biden from his first day in office.

“It’ll be a matter of managing expectations,” said Theresa Cardinal Brown, director of immigration and cross-border policy at the Bipartisan Policy Center in Washington. “Biden will have to say: We intend to do this, but we have to do it well so that we don’t re-create horrid conditions at the border. … I think people will give him a little bit of slack, but not for too long.”