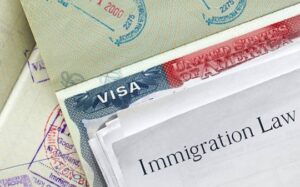 Immigration advocates are livid over the Biden transition team’s addition of Cecilia Muñoz, a former Obama administration official who was the public face of that administration’s immigration policy.

Muñoz, who once served as the head of former President Obama’s White House Domestic Policy Council, was named by the Biden campaign Friday as part of a group of eight new senior transition advisers.

The pick was quickly criticized by immigration reform advocates, a reaction that exhibited both ideological divides within the Democratic Party and a lingering resentment felt by many immigration advocates over the actions of the Obama administration, particularly in its first term.

“Huge mistake. Huge. Huge mistake. Worst part? We have no other option. I guess we gotta pick our opponent. That’s what it has come down to,” wrote Erika Andiola, an immigrant rights activist and advocacy director for The Refugee and Immigrant Center for Education and Legal Services.

Muñoz, a policy expert who cut her teeth at UnidosUS, then known as the National Council of La Raza, before joining the Obama administration, became a lightning rod for criticism of Obama’s immigration policy.

“If Biden wins, no one from the Obama administration should be allowed to touch the immigration policy portfolio,” said Pablo Manríquez, a former Democratic National Committee spokesman who’s been overtly critical of Obama on immigration.

“Cecilia Muñoz is the one person besides [Trump White House aide] Stephen Miller who has spent years of her public service dedicated to the smooth execution of mass deportation policy at the West Wing level,” said Manríquez.

The criticism reflects in part the view that Muñoz did not advocate enough for immigration rights during internal discussions in the Obama White House. Instead, advocates say she too often defended policies that led to the deportation of more than 2 million people.