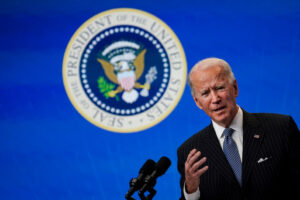 Hill Democrats may be fine with that. Even immigration reform advocates say they’d understand.

When President Joe Biden unveiled an immigration bill on the first day in office, he sent a signal to advocates, the Democratic base, and Congress that the issue was a top priority for him.

But even as the president and Democrats on the Hill begin the heavy lift of turning a priority into law, the White House is weighing taking a secondary path: doing it piece by piece.

But the main objective is progress. And if that means moving components of reform through Congress one at a time, or in smaller packages, Biden will be fine with that, two sources close to the White House said.

“It’s not an all-or-nothing approach,” said one source with knowledge of the White House discussions. “We aren’t saying you have to pass the Biden bill. But we are saying this is what we want to do and we are planning to move legalization forward.”