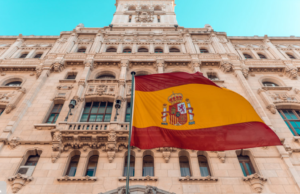 US President Joe Biden is targeting a US immigration deal that would see immigrants at the US-Mexico border relocated to Spain. It’s understood that Washington and Madrid are close to agreeing a deal as the refugee crisis at the US southern border worsens.

The proposals, which officials have stressed are still under discussion, could be announced at this week’s Summit of the Americas in Los Angeles, where Biden is looking to secure greater global co-operation on the migrant crisis in Central America, which has escalated during his presidency.

The potential US immigration deal comes amid a labor shortage in Spain, even though it has the highest unemployment rate in the European Union – standing at 13.5%. It’s understood that there are more than 100,000 vacancies across Spain’s tourism sector, while there are also shortages of at least half a million across construction, according to unions and bosses.

Modest number of refugees
Should a deal be struck between the two countries, a ‘modest’, though ‘symbolically important’ number of refugees would initially be relocated to Spain. Meanwhile, Spain is also expected to double or even triple the number of Central American workers currently welcomed into the country via an employment-based visa programme.

The idea of relocating to Spain has long been the preference of many Latin American migrants because of the shared language.

According to records from 2021, there were at least 1.5 million Latin Americans – excluding Brazilians – living in Spain. Of this number, 626,000 were born in Central America or the Caribbean.

It’s understood that Canada is also considering taking in a large number of regional refugees. In particular, it may increase the number of Haitian workers it will allow in.