Home State & Local Laws Biden is Facing Another Major Immigration Decision. The White House is Still Weighing What To Do. 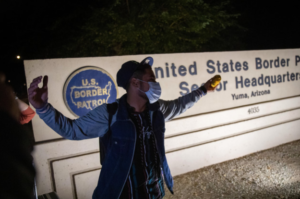 The Biden administration is facing a major deadline to decide the fate of hundreds of thousands of Venezuelan exiles living in the United States.

But with days to go for a decision, officials are still torn, juggling the benefits it could have on their political standing in Florida and the potential it brings to worsen the migrant buildup on the U.S. southern border.

At issue is whether to extend Temporary Protected Status for Venezuelan immigrants already in the U.S. The administration has until Monday to make its decision. It also is considering whether to expand the protections to an estimated 250,000 Venezuelans who have arrived in the U.S. after TPS was granted last year in March and therefore not eligible for the temporary legal status.

Officials are wary of redesignating TPS to apply to more Venezuelans, according to people familiar with the internal deliberations. The concern inside the White House, the people said, is that doing so will incentivize more migration at a time the administration is struggling to manage the logistical challenges and optics of record numbers of migrants arriving at the border, especially ahead of the midterm elections.

Still, immigrant advocates, Democratic lawmakers and Florida-based Latino leaders are urging the administration to redesignate Temporary Protected Status for Venezuelans who have fled the humanitarian crisis brought on by Nicolás Maduro’s government. They also are pushing for an 18-month renewal of protections for those currently with TPS.

“I have experienced the White House as often being timid on issues of immigration and issues that they think pull or invite more people to the border, but this is a no brainer,” said Lorella Praeli, co-president of the progressive Community Change Action. “You don’t get elected to act from a place of fear. You get elected to lead and be decisive.”