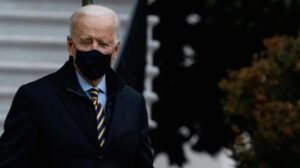 President Biden’s comprehensive immigration bill quickly exposed firm battle lines on Capitol Hill, raising questions about whether the White House might break the legislation into smaller bipartisan pieces if it hopes to pass any immigration reform.

Congressional Democrats rolled out Biden’s legislation with force, emphasizing there would be little room for compromise on a measure that would create a pathway for citizenship for some 11 million undocumented immigrants living in the U.S.

“The reason we have not gotten immigration reform over the finish line is not because of a lack of will. It is because time and time again, we have compromised too much and capitulated too quickly to fringe voices who have refused to accept the humanity and contributions of immigrants to our country,” said Sen. Bob Menendez (D-N.J.), who is sponsoring the Senate side version of the legislation.

“There are some in Congress, I’ll say from both parties, who argue against going big on immigration reform,” he added. “Pursuing narrow reforms that nibble at the edges and leave millions of people behind.”

But Democrats face razor thin margins in both the House and Senate, meaning they will need to secure some GOP support if they want to get the full measure through Congress and onto Biden’s desk.

The bill’s introduction also comes amid continued support among GOP voters for former President Trump, who made hardline immigration policies a centerpiece of his administration and campaign.

The White House on Thursday signaled a willingness to work across the aisle.

“There are negotiations that will need to happen,” said White House press secretary Jen Psaki, who called the bill “a reset that was really needed to get an immigration bill discussed and negotiated, and that is what our effort is to do here.”