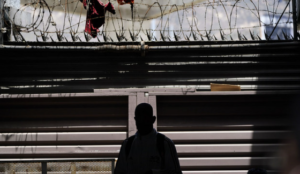 Last month, the Supreme Court cleared the way for the Biden administration to unwind a Trump-era policy that has forced thousands of asylum seekers to wait in Mexico, often in dangerous settings, for their U.S. court proceedings.

But having previously moved quickly to end the “Remain in Mexico” policy, the administration has suddenly decided to take its time.

The White House and Department of Homeland Security have been mum on their plans following the Supreme Court’s ruling. Immigration advocates asking about next steps have been met with a similar silence. In that void, a question has emerged: What, exactly, is the hold up?

“The bottom line is they’ve been saying they want to restore a meaningful asylum system. Well, now is their chance to show that they mean it,” said Judy Rabinovitz, deputy director of the ACLU Immigrants’ Rights Project. “Their hands are no longer tied and as long as they’re no longer tied — they should make good on that promise.”

The silence from the administration is the latest tension point between the president and immigration advocates frustrated by President Joe Biden’s failure to deliver on promises he made as president and during his campaign. Advocates continue to press Biden on his pledges to reverse restrictive border policies, including “Remain in Mexico,” imposed by his predecessor. While pieces of Biden’s immigration agenda have been blocked by the courts, they argue the president has also ducked such tough issues for political expediency.

Several groups that were involved in the early efforts to wind down the policy say they have yet to be contacted in the wake of the court ruling. For example, the U.N. refugee agency, which originally played a significant role in organizing to bring asylum seekers with MPP cases into the U.S., has not been looped in any discussions so far, the organization confirmed.