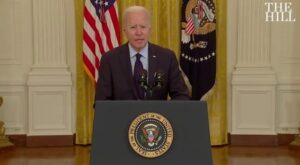 The Biden team has hired a slate of immigration judges initially selected during the Trump era, angering advocates who argue the White House is already failing to deliver in its pledge to push back against the prior administration’s shaping of the judiciary.

The first 17 hires to the court system responsible for determining whether migrants get to remain in the country is filled with former prosecutors and counselors for Immigration and Customs Enforcement (ICE) as well as a few picks with little immigration experience.

Almost none have made their career representing migrants in court.

The Thursday announcement from the Department of Justice (DOJ) initially perplexed immigration attorneys, advocates and even some former immigration judges who wondered why the group so closely mirrored the jurists favored by the Trump administration.

“The 17 new immigration judges referenced in the notice all received their conditional offers under the prior administration,” a Justice Department spokesperson told The Hill.

Critics said the Biden administration has an obligation to fully vet the judges hired under their watch and rebalance a court system heavily shaped by the Trump team.

It’s also a surprising move for a president that has otherwise sought to quickly reverse a number of Trump immigration policies while calling for a more humane response to migration.

“This is a list I would have expected out of Bill Barr or Jeff Sessions, but they’re not the attorney general anymore. Elections are supposed to have consequences,” said Paul Schmidt, now an adjunct professor at Georgetown Law School after 21 years as an immigration judge. That included time serving as the chair of the Board of Immigration Appeals, the highest administrative body dealing with immigration cases.

“No one on that list is among the top 100 asylum authorities in the country, and that’s the kind of people they should be hiring — not prosecutorial re-treads,” he added.