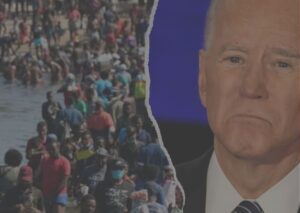 As Republicans continue to accuse President Biden of weak and ineffective immigration policies, many Democrats and immigrant rights groups are now increasingly frustrated and angry with his administration’s failure to live up to his campaign platform to defend distressed foreigners seeking a better life in the United States.

Julian Castro, former Housing and Urban Development secretary, has expressed concern that “President Donald Trump’s policy approach is becoming the default approach under the Biden administration,” citing President Biden’s continued use of a public health order to turn away migrants during the Covid-19 pandemic.

But most alarmingly, photos and video footages of border patrolmen on horseback grabbing and shouting at Haitian migrants and attempting to intimidate them with horse whip-like reins have resulted in world-wide shock and furor. These images have compounded Democratic discontent over immigration, which was already growing. Democrats are increasingly concerned that Biden will not deliver the vast immigration reforms he and his party promised during their campaign last year.

Distressingly, this abhorrent behavior on the part of the horse-mounted unit evokes some of the most shameful moments in U.S. history. The NAACP tweeted side-by-side images – one of a drawing of a white man about to strike an enslaved black person and, the other photo, a border patrol agent grabbing a migrant with the caption “These images although centuries apart still seem to represent the worst of America’s capacity for inhumanity.” Manny Diaz, chairman of the Florida Democratic Party, said he was haunted by the images of the border agents treating immigrants so roughly and added “That image is hard to erase from your mind.”

The Biden administration expressed horror at the images and attempted to distance themselves from the behavior of the individual border control officers. Vice President Kamala Harris stated that she was “deeply troubled about it” and Homeland Security Secretary Alejandro Mayorkas announced that the individuals who are the subject of the investigation are currently on administrative leave pending investigation.

This is simply not a satisfactory response from the Biden administration. At the end of the day, the person who is in charge – in this case President Biden – must take responsibility for the behavior of these government officers as well as the wider policy and institutional shortcomings that allowed such a breakdown in our government’s response to migrants in need. Leonie Hermantin, an activist at the Haitian Neighborhood Center in Miami, perhaps said it best: “Black lives do matter, even at the border.” President Biden can and must do better for not only the vulnerable foreigners in need of refuge, but for all of us.