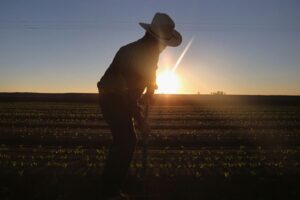 Foreign nationals already in the U.S. have been waiting for months — and in some cases, for over a year — to have their employment authorization approved or extended.

Processing delays for millions of foreign workers are aggravating the nation’s labor shortage, lawmakers and business groups say, putting the dysfunction of the immigration system on display at a pivotal time for the economic recovery.

More than 1.3 million employment authorization applications were pending before U.S. Citizenship and Immigration Services at the end of June, according to the latest data from the agency. On top of that, an estimated 1.5 million immigrants are waiting in line for employment-based green cards — many already in the U.S. on other visas — that would allow them to stay permanently, but only 140,000 are available each year.

The squeeze on foreign labor comes as the country’s working-age population has been declining and as businesses say they can’t find enough workers to staff their operations because of the pandemic. There were 10.4 million job openings in the U.S. at the end of September, according to the Labor Department.

“The processing issues are huge,” said Jon Baselice, vice president of immigration policy at the U.S. Chamber of Commerce. “That’s the most disruptive thing that I hear from companies on a regular basis.”

Processing delays slow down “all sorts of other things that a company has to do. So when they can’t get things processed timely, that means people have to be taken off the payroll,” Baselice said.

Foreign nationals already in the U.S. have been waiting for months — and in some cases, for over a year — to have their employment authorization approved or extended due to processing holdups at USCIS field centers, caused partly by the coronavirus pandemic. That’s forced some people, including asylum seekers, to quit their jobs in the U.S. after their work permits expired.