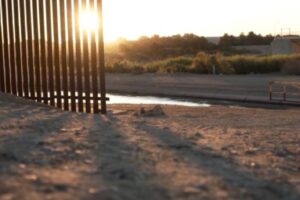 (CNN) – President Joe Biden kicked off his administration with lofty goals to revamp America’s immigration system, but with the end of the year approaching, lawsuits and infighting have stalled policy changes, officials have fielded criticism from allies and critics over management of the US southern border, and efforts to pass immigration revisions seem farther away.

The administration’s best-case scenario is a “totally mixed bag,” said Jorge Loweree, policy director at the American Immigration Council. “And worst case is an effective continuation of what Trump wanted.”

Immigration has been a politically perilous issue for Biden, whose approval rating has sagged. During an influx of unaccompanied migrant minors in the spring, Biden tapped Vice President Kamala Harris to address root causes of migration — an intractable issue that’s dogged previous administrations. While Harris has announced private-sector investments in Central America, she’s largely kept the situation at the US-Mexico border at a distance.

Republicans have continued to seize on the record number of border arrests and have filed lawsuits challenging policy changes, hampering the administration in its attempt to execute some of its pledges.

Most notably, a federal judge in Texas blocked the termination of a Trump-era border policy forcing non-Mexican migrants to stay in Mexico until their US immigration court dates and required the administration to bring back the controversial program it opposes and still seeks to end.

Another Trump-era border policy that immigrant advocates and the United Nations have urged the Biden administration to ditch also remains in effect. A public health authority, invoked at the onset of the coronavirus pandemic, allows authorities to turn away migrants encountered at the US southern border, effectively barring them from claiming asylum.

When asked about the authority, known as Title 42, the Biden administration has referred to the Centers for Disease and Control Prevention, which, according to a White House spokesperson, deems it necessary given the Delta and Omicron variants.