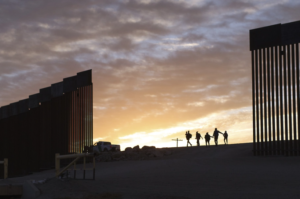 The Biden administration has publicly stated it wants to see an end to Title 42, the much-maligned Trump-era health policy used to turn away more than a million migrants at the southern border.

In four weeks time, they will likely get their wish, and not everyone is sure they’re ready for it.

Experts in the immigration field say they’re expecting a stressful and chaotic transition when a court-ordered deadline to end the Trump directive is hit, one that could drive a new rush to the border and intensify GOP criticism.

“The view of most people who have looked at this is that whenever Title 42 is lifted, it will create a major operational challenge,” said Doris Meissner, director of the Migration Policy Institute’s U.S. immigration policy program. “The real question in my mind is, how quickly can the appropriate procedures be restored and put into place so that that challenge is minimized?”

The termination of Title 42 will mark both the close of a contentious legal battle and the dawn of a new political one, in which the administration’s migration policies will be tested once more. It has been a vexing issue for the White House since the early days of the Biden presidency. But it could grow even more complicated fairly soon.

Earlier this month, a Washington-based federal judge blocked the use of Title 42, a public health authority that border officials have used more than 2 million times during the Covid pandemic to expel asylum-seeking migrants, though many of these were repeat crossings. The judge argued its use no longer aligns with the state of the pandemic, in which vaccines and treatments are widely available and travel in the U.S. has greatly increased. The Department of Justice asked for a five-week delay to “resolve resource and logistical issues,” and the judge agreed to push his order’s start date to Dec. 21.