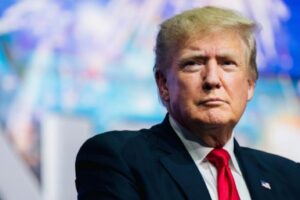 Washington – (CNN)The Biden administration on Wednesday asked the Supreme Court for permission to end the Trump-era “remain in Mexico” program, which requires non-Mexican migrants to stay in Mexico until their US immigration court dates.

In August, a federal judge in Texas ordered the revival of the policy after the Department of Homeland Security attempted to end the program. An appeals court also ruled against the administration, which began to re-implement the program earlier this month.

Under former President Donald Trump, thousands of migrants were subject to the program, formally known as Migrant Protection Protocols, which has resulted in people living in makeshift camps along Mexico’s northern border, often in squalor and dangerous conditions.

“In short, the lower courts have commanded DHS to implement and enforce the short-lived and controversial MPP program in perpetuity. And they have done so despite determinations by the politically accountable Executive Branch that MPP is not the best tool for deterring unlawful migration; that MPP exposes migrants to unacceptable risks; and that MPP detracts from the Executive’s foreign-relations efforts to manage regional migration,” the administration wrote to the justices.

The filing also requests that the Supreme Court review the case this term, arguing that the appeals court ruling threatens to disrupt other cases where the government’s policies on issues like immigration detention and parole are challenged.

“Delaying review until next Term would likely postpone resolution of those critical issues until sometime in 2023. In the meantime, the government would be forced to continue negotiating with Mexico to maintain a controversial program that it has already twice determined is no longer in the best interests of the United States,” the filing reads.

The Supreme Court previously denied a request from the administration that the program’s revival remain on hold while the case was appealed.