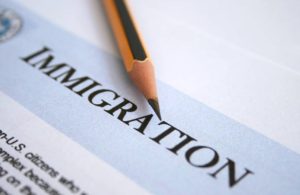 Trump has declared that America will take no more than 45,000 refugees this year, down from about 53,000 admitted in the fiscal year that ended in September. In actuality, refugee admissions are on track to hit 21,200, the lowest annual figure for any year since the State Department launched the resettlement program in 1980 — lower even than a drastic dip in 2002 after 9/11.

But it’s not just numbers that are driving some agencies to close offices or curtail programs. It’s who the agencies have served in the past that is determining whether they’ll receive more — or any — refugees today.

Some nonprofit agencies in America have expected five times more refugees than they’ve received so far, forcing another round of adjustments, branch office closings in some major cities and staffing cuts as steep as 30 percent or more last spring.

But, looking ahead, immigration advocates are concerned about federal priorities shifting away from the humanitarian mission of reuniting families from war-torn countries — a policy of letting families help newcomers assimilate — ultimately reducing the need for government assistance and the potential for radicalization. Instead, immigration advocates see an emerging emphasis on the economic impact and security risk refugees pose for America.

Luck of the draw

The faith-based nonprofit agency, located in an old Presbyterian church in Akron’s Middlebury neighborhood, has settled 50 refugees since October — all but two from the dwindling refugee camps in Nepal. These refugees from southeast Asia haven’t been banned from entering America by the Trump administration.

Director Kara Ulmer said her office, part of a national network that closed five locations and cut staff by 25 percent in the spring, is on track to resettle 195 refugees by the end of September, an increase of 70 from last year.