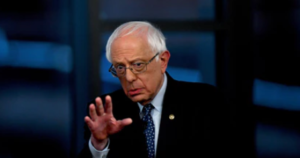 Bernie Sanders wants to temporarily halt deportations, decriminalize crossing the border and end Immigration and Customs Enforcement raids, putting him in league with some of the most liberal Democrats despite his long-held concern that too much immigration could hurt American workers.

Over the weekend, Mr. Sanders became the first 2020 Democratic candidate to call for a temporary halt to deporting people who are in the country illegally, a position that is supported by many immigration activists but that almost no politicians have embraced.

“We are going to end the raids which are terrorizing communities all across this country. We are going to impose a moratorium on deportations,” Mr. Sanders said Saturday at an event focused on Latino voters. “There are some things that a president can do with executive orders and some things you can’t.”

Critics of Mr. Sanders, including many conservatives, seized on the comments, saying such a deportation policy would be akin to having open borders. A spokeswoman for Mr. Sanders said the moratorium would be in place temporarily while an audit is completed.

Mr. Sanders’s current perch among the most immigration-friendly 2020 candidates differs sharply from his situation in his previous presidential bid. At the time, the Vermont lawmaker was forced to defend comments in which he described some forms of legal immigration as detrimental to American jobs, a sentiment echoed by President Trump as well as many labor unions.

Democrat Hillary Clinton criticized him during the 2016 primaries for helping to kill an immigration bill in 2007 that would have created legal status for millions of people in the country illegally. Mr. Sanders said the bill didn’t have sufficient protections for labor.

“If poverty is increasing, and if wages are going down,“ Mr. Sanders, then a freshman senator, told CNN in 2007, ”I don’t know why we need millions of people to be coming into this country as guest workers who will work for lower wages than American workers and drive wages down even lower than they are right now.”