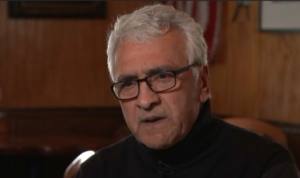 Ibrahim Parlak has been a fixture in the harbor country on the Michigan shore for nearly 30 years, but is now facing yet another immigration hurdle in his decades-long fight to remain in the U.S.

“Everything is here,” Parlak said Monday after learning of a new hearing in his case. “My family’s here. My business is here.”

Parlak is a beloved restaurant owner who came to the U.S. after being accused of involvement in a 1987 border skirmish in his native Turkey where two soldiers were killed. He insisted he was innocent and the government not only believed him, but granted him asylum.

Then, in 2004 – at the height of the war on terror – immigration authorities accused him of being a terrorist and threw him in jail.

Parlak finally won his case in 2018 when an immigration judge agreed that he had been tortured and likely would be again if returned to his native country. It seemed like his long battle to stay in the U.S. had finally come to an end. But now, because of a bizarre technicality – a problem with a transcript – Parlak’s case has been sent back for a new hearing.

“It’s been just one government branch put a hook on me and they just won’t let go,” Parlak said Monday.

“Ibrahim, for all these years, is kind of like the poster child for the chamber of commerce,” Marin said.

“He was tortured in Turkey and now he’s being tortured here,” she added.

It’s likely this new chapter will take years to unfold. But Parlak has now lived in the U.S. longer than he lived in his native country and says he still believes in his American dream.