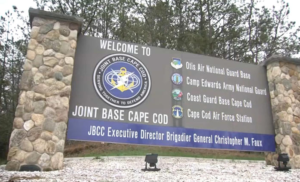 Massachusetts Gov. Charlie Baker spoke publicly for the first time Sunday about the 50 migrants who were flown to Martha’s Vineyard unannounced last week, placing blame on Washington for the immigration issues that our country is facing.

“Sending people all over the country, many of whom have no idea why they are being sent where they are going is no solution to the very screwed up immigration system we have in the U.S.,” Baker said.

The migrants, mostly from Venezuela, were loaded on to two charter planes that departed from Texas, making several stops in between before arriving to the island last Wednesday. Once news broke, there was an outpouring of support, from material donations to legal services. But there’s been backlash, too.

Immigration lawyer Ivan Espinoza Madrigal, who represents 30 of the migrants, says they were deceived, having been promised jobs and housing, not knowing where they were being flown to, and potentially jeopardized their scheduled immigration hearings at their original destination.

“This deliberate effort to derail them, to make sure that they are further away from immigration protection and relief, that’s an important piece here,” he said. “We need a coordinated response from the state of Massachusetts and for the federal government to hold all the perpetrators accountable.”

Baker has vowed to do what’s necessary to care for the migrants and their needs while they remain in Massachusetts. After they arrived on Martha’s Vineyard, the group was rehoused at Joint Base Cape Cod. Baker’s administration said the island is not equipped to provide ongoing food and shelter.

Florida Gov. Ron DeSantis spoke this weekend during a campaign rally in Kansas for a candidate for governor, during which time he noted the island’s jobs and lodging availability and also touted its wealth.

“They were given, basically, a lottery ticket to get to the wealthiest jurisdiction in the country,” DeSantis said of the migrants flown to Martha’s Vineyard.