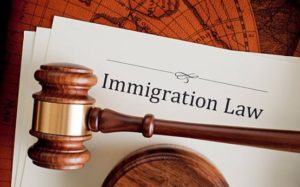 BUFFALO, NY / ACCESSWIRE / January 21, 2020 / It is widely believed that many accomplishments were made by lawmakers in New York last year surrounding immigration policy. Attorney Nicholas Hicks notes that one group, in particular, a progressive organization backed by various business groups, wants to make sure that those accomplishments will actually be followed through. The two new measures are very progressive, marking a turning point for the rights of non-citizens.

The first measure allows undocumented immigrants to obtain a driver’s license legally. The “Green Light Law” now accepts foreign passports and foreign driver’s licenses as forms of identification. According to Attorney Nicholas Hicks, applicants won’t have to worry about their information leaking to immigration agencies without a court order. Now, undocumented migrants can live and work in New York without fear of being deported.

Supporters believe the new law will make roads safer and make the economy stronger. Previously when undocumented immigrants got in accidents and fled the scene, it was often hard to identify them or hold them accountable because they were in hiding. The new law is hoping to change that.

Attorney Nicholas Hicks notes that some other people are concerned about the lack of training at the Department of Motor Vehicles. Workers have never had to accept foreign documents before and may be overwhelmed by all the new accepted forms. For now, undocumented individuals will have to go to the state office while the transition is made.

The second law that went into effect last year was the DREAM Act, which gives undocumented immigrants living in New York assistance with Tuition. Lawmakers want to help people living in New York reach their full potential, and one-day give back to the state. Attorney Nicholas Hicks explains that supporters feel the new laws on immigration reform will provide a clearer path to citizenship, and allow immigrants to earn their right to say.

Both measures have also received significant backlash, causing many groups to be concerned about the laws actually being put into effect. Attorney Nicholas Hicks explains that some people feel like it’s wrong to give driver’s licenses to thousands of immigrants who broke our laws by entering the country illegally. They argue that immigrants are being rewarded for unlawful behavior.