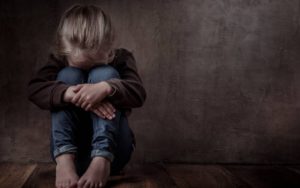 A migrant child placed in a South Texas immigration detention center under the president’s “zero-tolerance” policy died after contracting a disease from another detainee, according to a lawyer’s claim, which officials have denied.

Mana Yegani, a Houston-based immigration attorney, posted the claims on Twitter on Wednesday, initially appearing to say that the child had died at the Family Residential Center in Dilley south of San Antonio. The facility is run by a private company on contract for U.S. Immigration and Customs Enforcement.

ICE immediately rejected the claim, and Dilley police told the San Antonio Express-News that neither they, nor emergency medical services, had responded to any reported deaths at the facility in recent days.

Yegani could not be reached for comment, but posted a clarification later on Twitter: “The child died following her stay at an ICE Detention Center, as a result of possible negligent care and a respiratory illness she contracted from one of the other children. The events took place in Dilley Family Detention Center in South Texas.”

She did not provide further information, including a date of death or where the death took place.

In a statement, ICE said: “The updated accusation leaves little to no info that allows us to research. …We are looking into the report of the death after custody, but without any specifics about who this was we are unable to provide anything further at this time.”

As Yegani was bombarded with requests for more information, she tweeted an apparent screen grab from Facebook claiming it was, “A lawyer who is in touch with the family is saying the child who died, her grandmother is in New Jersey. Reporters are in touch with her to get more details.”

That lawyer, Melissa Turcios of the Washington, D.C.-area said via email that she is not the family’s attorney but was only helping the child’s relatives locate one who could help them. She said she could not release details.