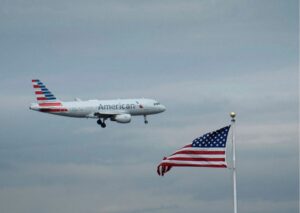 Under new rules announced today by the White House, vaccinated people who have had a negative COVID test in the 72 hours before traveling will be allowed to enter the U.S. This policy shift lifts the travel ban on visitors from the EU, UK and other countries that has been in effect since early 2020.

This action is not only a big relief for the US travel and tourism industry, who according to the US Travel Association saw a $500 billion decline in travel expenditures in 2020, but also for the thousands of international travelers who have been unable to enter the US for jobs or to reunite with family members since the early days of the pandemic. The unprecedented visa processing backlog at US embassies abroad, as well as the highly restrictive National Interest Exception (NIE) requirement, prohibited the majority of otherwise qualified visa applicants from obtaining US visas.

These restrictive rules were first set by the Trump administration early in 2020 to slow the spread of the pandemic and were later extended by the Biden administration. However, the White House had been under growing pressure to end the highly disruptive and unpopular travel ban, from both at home and abroad.
Last spring, the American Immigration Lawyers Association (AILA) initiated a complaint against the State Department, with their Director of Litigation, Jesse Bless, asserting that the Department of Justice “has already repeatedly stressed that the closure of borders by the President did not authorize the State Department to suspend the issuance of visas” and that therefore denying applicants a visa, predicated on the travel ban is “totally illegal.” In fact, earlier this week, a federal judge agreed, and declared it unlawful for the State Department to use travel bans as a reason to stop processing visas for travelers who are otherwise eligible.

Further, the Biden administration had been receiving pressure from several foreign governments and the travel ban was causing particular tension with Europe. It did not go unnoticed that the US had lagged behind many other countries in lifting such restrictions and allies have welcomed the lifting of the travel ban. The British Prime Minister, Boris Johnson, called it “a fantastic boost for business and trade, and great that families on both sides of the pond can be reunited once again.” Germany’s ambassador, Emily Haber, called it “hugely important to promote people-to-people contacts and transatlantic business.”

What does this now mean for those seeking visas to travel to the US? Importantly, this action removes a major impediment to visa processing caused by the travel ban. In the short-term, consular backlogs, delays and reduced operations will undoubtedly persist and could even worsen as more individuals seek visas in light of this new policy. Nevertheless, this is a positive and vital development and a true “light at the end of the tunnel” for many who have been living with frustration and uncertainty since the early days of the pandemic. Those whom have been living in limbo, will now have the ability to reunite with loved ones and pursue professional opportunities in the US. While there will certainly be additional hurdles and difficulties ahead, this is, at long last, some promising and welcome news.